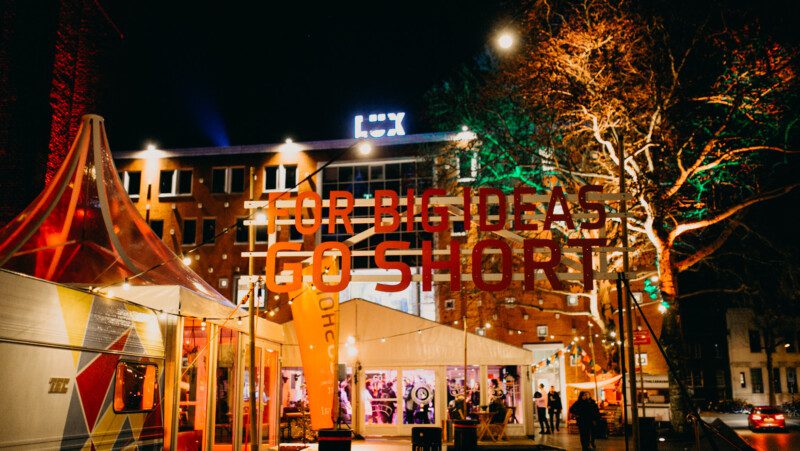 Internationally acclaimed makers Corina Schwingruber Ilić and Nikola Ilić are guests at the 12th edition of Go Short. Go Short also puts Norwegian film talent in the spotlight with Norway as a country in focus. Finally, the power and future of nature are central.

Makers in focus
Corina Schwingruber Ilić and Nikola Ilić are main guests during the twelfth edition of Go Short. The short film All Inclusive has gained a great deal of publicity in a short time and has been screened at NPO and more than 100 film festivals such as IDFA and Sundance. The short documentary Baggern (Tons of Passion), screened at Go Short 2012, won various festival prizes around the world. On Go Short you can see the best films she made together with her husband Nikola in a special program dedicated to them. In addition, they have been given the freedom to compile a film block with their favorite short films, including the Oscar-nominated film Butter Lamp by Hu Wei.

Natural powers
People long for nature, decorate their home and office with plants, watch massively for nature documentaries and make therapeutic visits to the forest. At the same time, the temperature is rising, the biodiversity is falling and nature reserves are shrinking – all because of man. Why destroy what we as human beings long for? Reason for Go Short to pay attention to the relationship between people and nature. Go Short focuses on the future of nature, but also on its strength: how insignificant are people in the violence of the earth? And what strategies are created to artificially preserve or even mimic nature? Go Short zooms in on these questions in four different programs.

Stage for Norwegian film talent
Norway will be zoomed in during the 12th edition of Go Short. A country known for its fjords, snow-capped mountain peaks and vast lakes. The wild natural beauty is an important source of inspiration for Norwegian filmmakers. This fits in nicely with the theme of this festival edition of Go Short. But the Norwegian short film has much more to offer. For example, the successful filmmaker Gunhild Enger was in the spotlight in 2015 on Go Short with her absurd comedies, and The Manila Lover by Johanna Pyykkö was selected at Cannes this year. In three film programs, Go Short shows a broad overview of Norwegian film, including films from the inhospitable high north, dry-comic short films and a selection of films with strong young women in the lead.

More about Go Short
Go Short is the platform for short film and film talent in the Netherlands. For more than 10 years, Go Short has been committed to offering young talented film makers a stage on which they can develop, build a network and show their films to a wide audience. In addition to the international film festival in Nijmegen that takes place every year at the beginning of April (in 2020 from 1 to 5 April) and attracts around 19,000 visitors, Go Short has an active role in production, distribution and curating short films and the support of talented film makers. Go Short is the official gateway to the Oscars, BAFTAs and the European Film Awards.