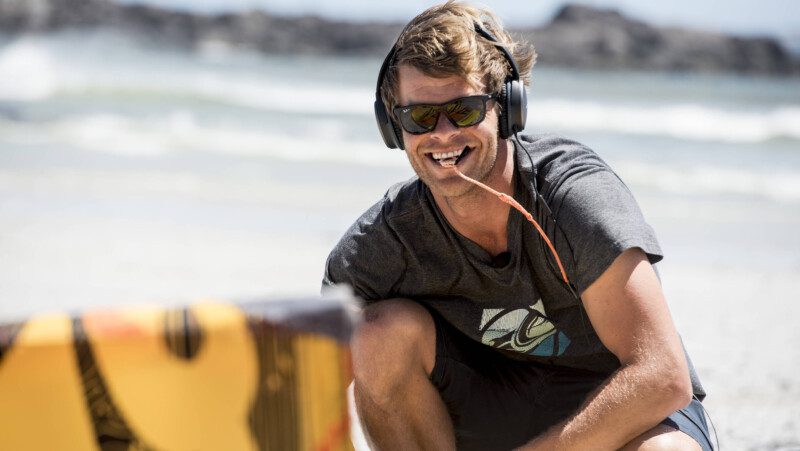 Host of past champions and a local favourite will all vie for the title.

Every year Cape Town and her prolific South-Easter plays host the world’s best kiteboarders. For the past five years, they have competed in what is largely considered to be the pinnacle of big air kiteboarding, Red Bull King of the Air.

With the competition – due to take place on the windiest day between the 27th of January and 11th of February – an all-star list of riders has been announced to compete for the 2018 title. The rider list is made up of the top nine riders from the 2017 event, plus the top nine from the ranking of the online video competition as well as wildcards.

Defending champion Nick Jacobsen is eager to reclaim his title and will go into the event as top seed. “It’s like a gladiator arena when you’re in the water,” says the popular Danish rider. “The beach is full of people and the pressure is high from your sponsors and audience.”

Jacobsen outgunned Aaron Hadlow (GBR) and Ruben Lenten (NED) in the final of the 2017 event in front of a big crowd at Big Bay “That was actually my first international win and was pretty unbelievable at the time,” Jacobsen said. The final provided a fitting climax to a day of close-fought battles where every heat produced highlights and upsets and 2018 promises to be no different.

“I’ll do my very best to defend my title, but who knows – there are a lot of upcoming guys who rip. I’m just happy to take part to be honest.”

Hadlow is as eager to return to the top step and will be gunning for an unprecedented third title, but he and Jacobsen will have their work cut out for them with the likes of past champs Jesse Richman (USA) and Kevin Langeree (NED). Both missed out on 2017 due to injury and will be back again thanks to wildcard invites. Another newsworthy inclusion is local favourite Joshua Emanuel who has been on a tear of late, taking the win at Red Bull Megaloop Challenge in Holland and setting a new Woo height world record.

“The Red Bull Megaloop Challenge was a huge success for me and has motivated me and pushed me a lot further. It has always been a dream for me to win a competition like that, especially on an international level,” he commented.

“The atmosphere at Red Bull King of the Air is just something else – when you look back at the beach and you see five to ten thousand people standing there, it’s pretty amazing. I’m looking forward to compete against the best in the world and see where I fit in. To win it this year you’re going to have to go super high, get your kite super low and just fly on the extreme.”

Other riders to look out for are video entrants Sam Light (UK) and Marc Jacobs (NZ), both of who have competed before.

Perhaps the biggest news however, is the change of venue. For the first time in the South African history of Red Bull King of the Air, the event will take place at Kite Beach, Blouberg, Cape Town. Organisers feel this will give riders an even better chance to perform at the highest level in the best conditions.

For more event information, head over to http://redbullkingoftheair.com/