Among the field of the world’s best kiteboarders and with some 13,000 spectators looking on, a clinical Aaron Hadlow (GBR) once again claimed the Red Bull King of the Air crown in Cape Town.

Cape Town (South Africa) – As Table Mountain’s ‘tablecloth’ cloud formations draped heavily over its slopes, it signified that the Southeaster was at its best at Big Bay for the Red Bull King of the Air final day with a 13,000-strong crowd glued to the action. In the closely contested final that saw extreme big air from Reno Romeu (BRA), Kevin Langeree (NED) and Jesse Richman (USA), it was defending champion Aaron Hadlow (GBR) who came out on top. 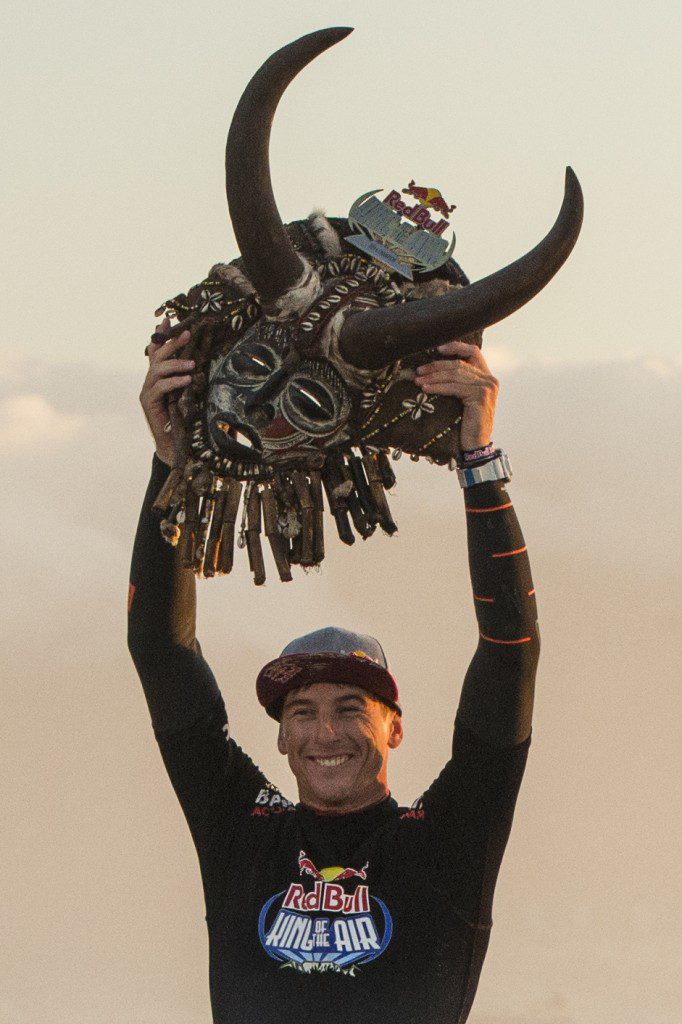 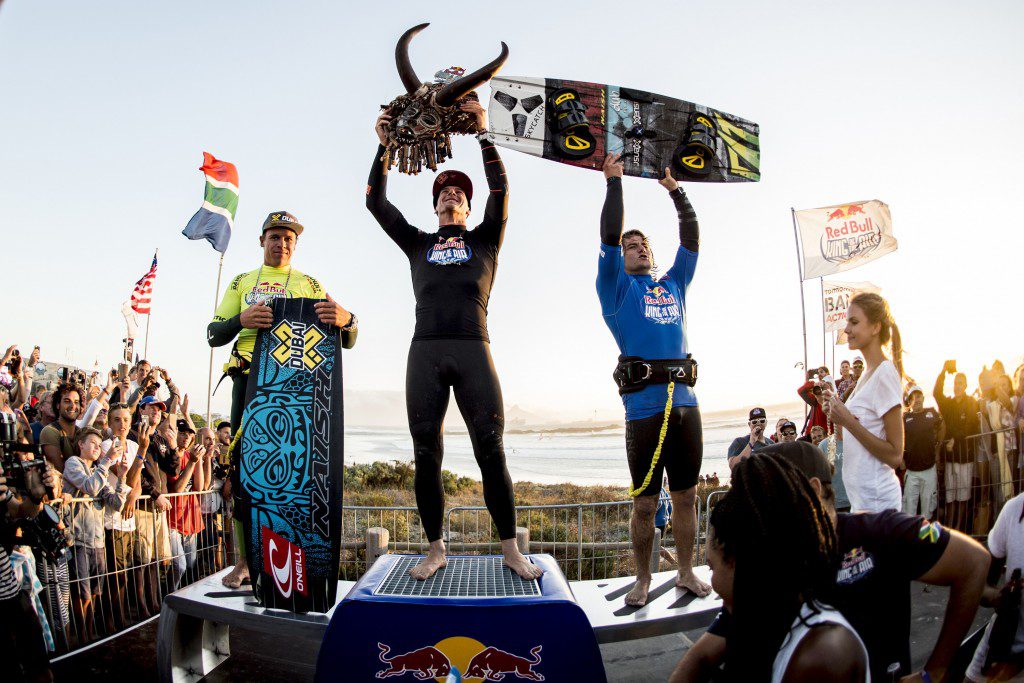 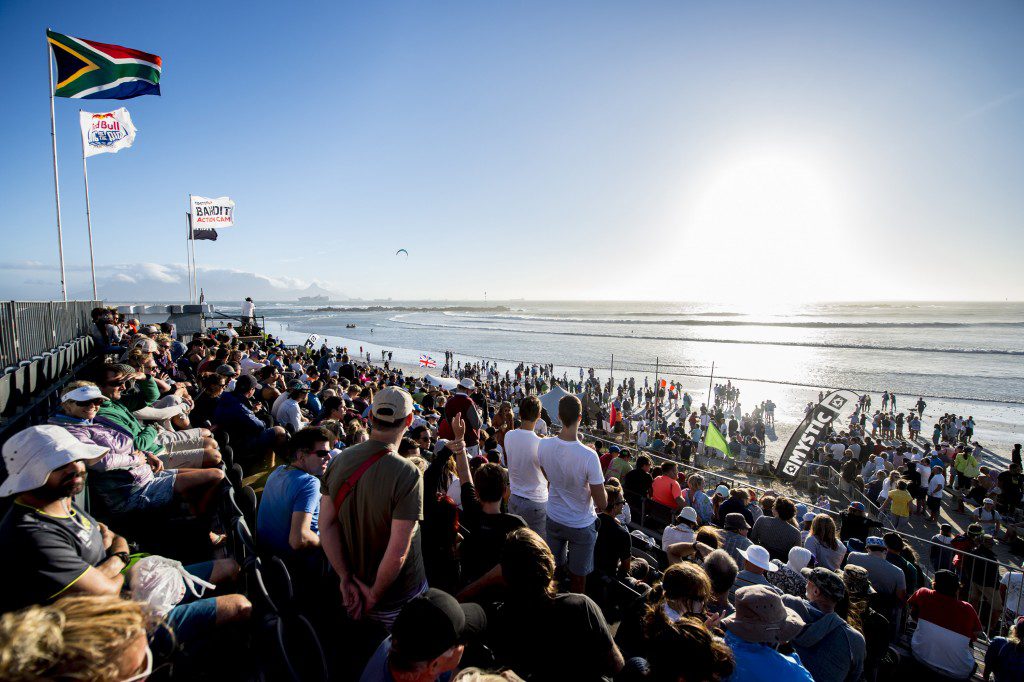 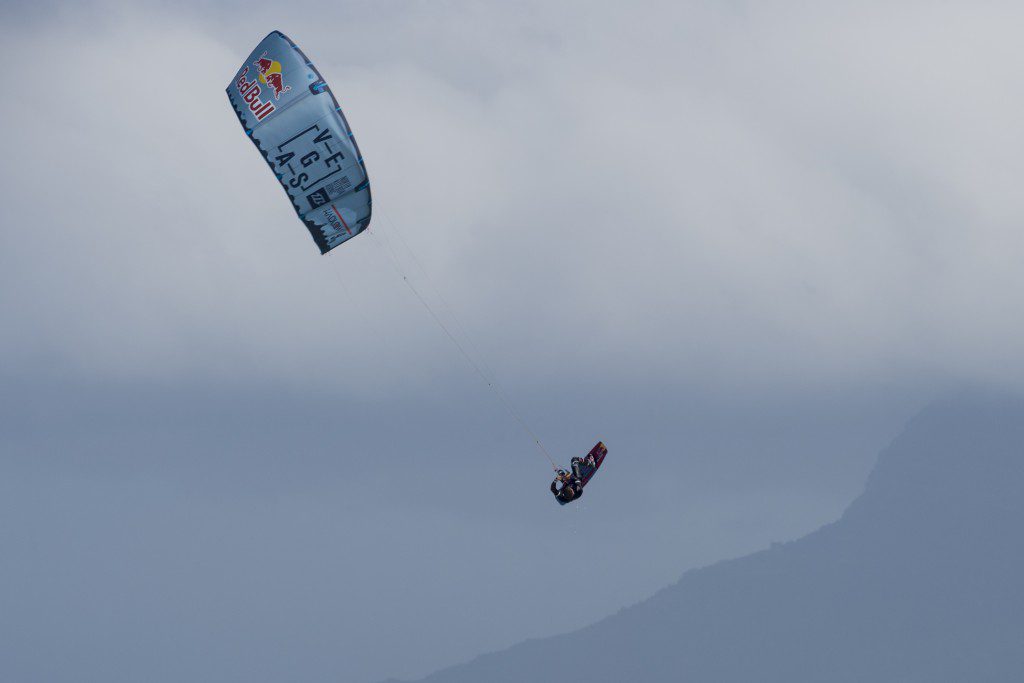 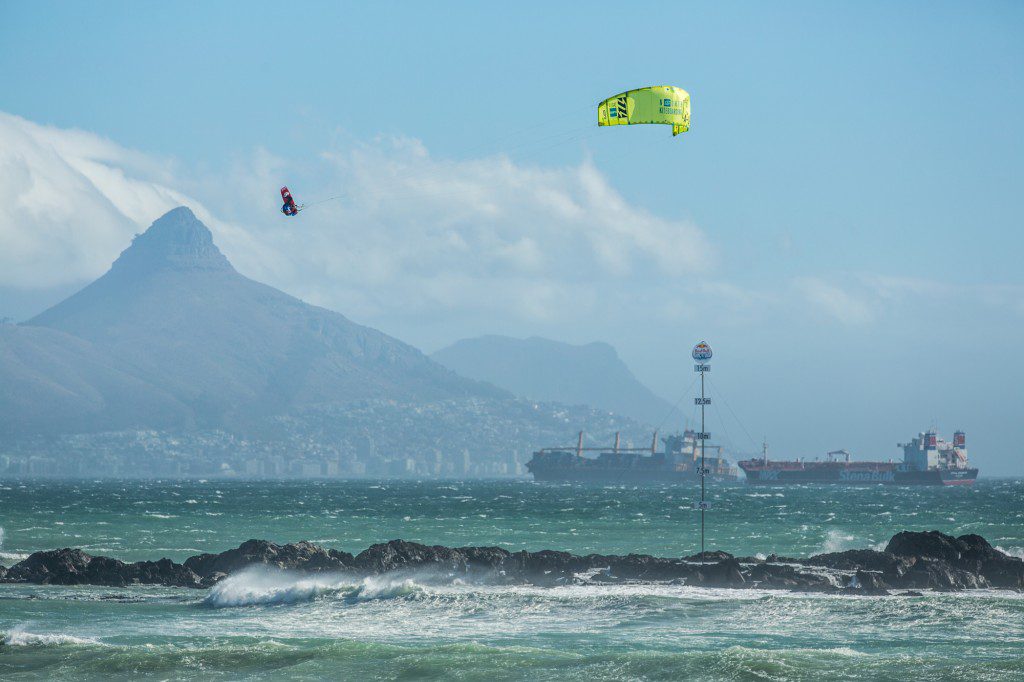 With the first round of the event having run earlier in the week, there were some clear standouts from the beginning of which Romeu was one of them. He showed a lot of heart in the final, but was flagged-out first and it was left to the three previous champions to battle it out. Their contrasting styles showed throughout the day, but nowhere more so than when it was all on the line in the final: the technical Hadlow vs. the stylish and consistent Langeree vs Richman with his gung-hu, all-or-nothing approach.

Richman went big and flew far, but it was Hadlow, with his pinpoint execution who won the day over him, and Langeree rounded off the podium. Hadlow becomes the first rider to ever win the Red Bull King of the Air title for a second time.

The defending champion was really pumped on his win. “You can never expect how it’s going to go in the final and to be there with 2 past champions, I really had to go for it. I mixed it up, did some big kiteloops and landed my megaloop KGB which also helped me win last year.”

“The combination of the big waves with the strong wind made such a difference – it was an epic final. It’s insane to see how many people come down and how much energy the crowd gives you. There’s no better way to start the year than with this win,” said Hadlow.

Head judge Alex Vliege commented: “This was by far the closest final we’ve ever had at Red Bull King of the Air in Cape Town. It came down to the maths, taking into account each rider’s three best tricks and the event judging criteria.  Each of them have totally different styles, but Aaron’s variation is what won him the title.”

Langeree took the competition’s ‘Mystic Best Move’ award with his kiteloop front roll, inverted one foot in the semi-final.

For the final standings, videos and images from the day, make sure you check out www.redbullkingoftheair.com